Now we have a new First Minister, who’s pledged to reform the Welsh economy over the next few years, perhaps it’s time to think about how we remunerate people in Wales, and in particular those at the top of the tree, some of which receive eyewatering salaries. We have to accept this is a big task, but we could start with the values driven businesses, employee ownerships, co-ops and mutuals, and not-for-profits, and follow on with those supplying government and the public sector.

There are a number of reasons for the rush by executives to the top of the salary tree, some of which are quite complex, but whatever the motivation, it is creating an unhealthy society. My personal view is that one of the main drivers is a search for recognition. Whereas in the past individuals became recognised for their status in the community rather than in cash, and for their philanthropy such as Carnegie building libraries, or business people supporting the local football team, now people seek recognition through obvious wealth. END_OF_DOCUMENT_TOKEN_TO_BE_REPLACED

The Open 2018 Conference took place at the Conway Hall on July 26th and 27th.

I was invited to speak at a workshop session on “Solving the crisis of the Gig Economy” together with my colleague Lieza Dessain from SMart in Belgium and Danny Spitzberg from CoLab in the States. The session was facilitated by Alice Casey from NEF.

The videos of the open space sessions at the conference are now available at https://open.coop/2018/08/26/open-2018-videos-open-space-sessions/ or you can watch my contribution below

In schools, colleges and lycées throughout France, from March 26th to 31st, Social and Solidarity Economy at School Week raises awareness of collective entrepreneurship among more than 4,000 students.

Formerly “Cooperation Week at School”, the “SSE Week at School” is now back in schools, meeting students for a second edition. The aim of this operation is to promote the social and solidarity economy and raise awareness among young people of collective entrepreneurship.  Supported by the Office central de la coopération à l’école (OCCE), Coop FR and ESPER (l’Economie sociale partenaire de l’école de la République), the action takes place everywhere in France, from 26 to 31 March.
More than 170 initiatives are registered on the dedicated website www.semaineessecole.coop. Once registered, the shares are valued thanks to the hashtag #SESSE2018 on Twitter accompanied by a photo and a comment. Find all the actions that bring SSE to life at the School on the interactive map. END_OF_DOCUMENT_TOKEN_TO_BE_REPLACED

Working Together, a new report authored by myself, Pat Conaty and Cilla Ross was launched on tuesday 20th March 2018 at the Urdd in Cardiff

The UK is failing its ‘precarious’ workers says new report:-

Britain is failing its growing army of self-employed workers according to a new report released today (Tuesday 20 March).

With 7.1 million workers engaged in ‘precarious’ employment and 77 per cent of the self-employed living in poverty, the report ‘Working Together: Trade Union and Co-operative Innovations for Precarious Work’ calls for increased protection for those operating in the so-called gig economy.

“Not only do they have almost no security, but while the average employed worker is losing out year by year in real terms, the self-employed are doing even worse, earning less each year in cash terms,” said co-author Alex Bird. “1.7 million of those in precarious employment are earning less than the national minimum wage, with no real enforcement of the law, and the self-employed are not even covered by the existing legislation.” END_OF_DOCUMENT_TOKEN_TO_BE_REPLACED

I’m currently in France, so getting a slightly different view of the world through my local paper (Ouest France – France’s largest circulation newspaper, published by the Humanist Philosophical Society!) and the France 24 (France’s equivalent of the BBC World Service TV with the wonderful Mark Owen)

The big railway story in the UK is of course rising fares exceeding wage rises for the umpteenth year running, together with the chaos of privatisation, and over half of trains now either late or cancelled. For added spice there’s the hybrid diesel/electric trains from London to Swansea and Bristol because we were too mean to electrify all the line. These have the worst of both worlds as the electric train has to drag along tonnes of diesel engine, thus reducing speed, economy and acceleration. That’s if they didn’t break down all the time.

The big story in France, though, is the launch of the new TGV line from Paris Montparnasse to Brittany, which will shorten journey times to under 3 hours to Brest, 2 hours to Nantes, and under 1.5 hours to Rennes. There are 41 trains each day, compared to 18/day to Cardiff and Swansea.  https://uk.voyages-sncf.com/en/tgv/western-france#/

From Paris to Nantes, prices start at £32 each way for a 239 miles journey with a guaranteed seat. Compare that to Cardiff to London with a (pre-booked only) fare of £45.80 off peak single for 150 miles (also in 2 hours) with a strong possibility of standing all the way. The on-peak walk on fare is £117.50 each way!

Oh, did I forget to mention, French Railways, SNCF, are state owned and always have been.

In Britain, along with Brexit, we are seeing a change to our economy through a huge rise in the number of people working as self-employed. It is currently at around 4.8m, which is over 15% of the workforce and is set to outnumber those in the public sector by 2018.

The UK’s flexible labour market is not only hugely productive, contributing over £255bn to the economy every year; it is also one of our greatest competitive advantages. This is five times Britain’s Brexit bill. In people terms it is larger than the public sector, yet it tends to be disregarded by policy makers and the self-employed have little bargaining or political power.

The growth in self employment isn’t restricted to the UK, but is happening across the world, across Europe and in North America. A fledgling freelancing movement is starting to emerge as workers across borders are joining together in solidarity and co-operation.

In 2016 Co-operatives UK published a report called ‘Not Alone – trade union and co‑operative solutions for the self-employed’. It recommended a partnership approach between unions, co-ops and mutuals. Partly as a result of this report, the British trade union Community has formed a partnership with the shared workspace co-operative, Indycube. Both have strong links in Wales and a strong focus on the growing self-employed workforce. END_OF_DOCUMENT_TOKEN_TO_BE_REPLACED

Co-operators and elected representatives from Scotland, Wales and Northern Ireland met for the first time on Feb 5th 2016 at the Scottish Parliament in Edinburgh to discuss how to take forward the co-operative agenda in their regions. 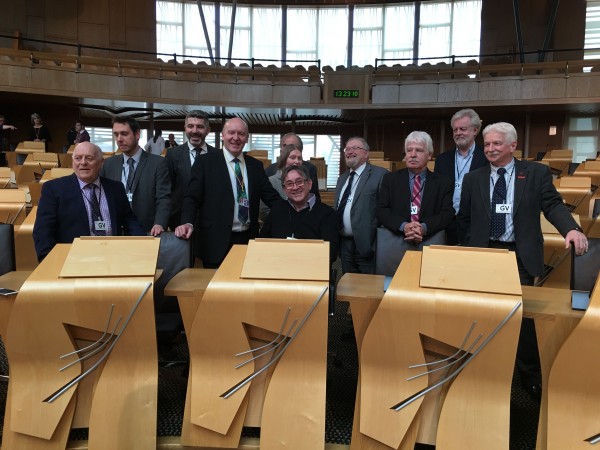 The private meeting, organised jointly by the Cross Party Groups’ secretariats, myself, Erskine Holmes and James Proctor featured members of the Cross-Party Groups in Scotland, Wales and Northern Ireland. A previous meeting held in Cardiff in 2012 had only had Members from two of the three regions able to attend. END_OF_DOCUMENT_TOKEN_TO_BE_REPLACED

My fellow Bathonion and vegetarian, Sir Isaac Pitman (1813–97), the inventor of Pitman shorthand and founder of the Pitman Press in Bath, and his younger brother Henry Pitman (1826–1909), both advocates of spelling reform, argued that the hypen in co-operator was really important to distinguish us from barrel makers. I’ve always agreed with them on that.

Our American cousins, in their desire to simplify spelling, dropped the hyphen centuries ago, but not everyone in the world always agreed with them. So when 2012, the International Year of Co-operators (IYC) came along, a small contest developed. As the IYC was a United Nations project (although it came from an ICA initiative) and they’re based in New York, it developed a logo sans hyphen. The logo was tightly controlled by a legal agreement on its use, which you had to sign before you could download the image files, and which stipulated how exactly it had to be used. The Canadians, however, had different ideas. 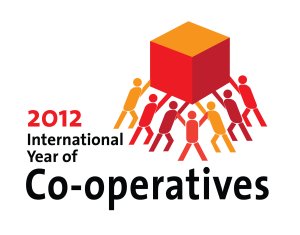 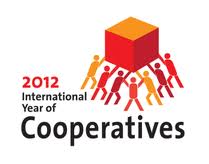 END_OF_DOCUMENT_TOKEN_TO_BE_REPLACED

Just got this message from Steve Garrett of Cultural Concerns in Cardiff:-

I’m back in Cardiff  from Calais (Ben from Parsnipship that I went out with is back tomorrow) after some pretty knackering days working with many volunteers from all over Europe, chopping vegetables, washing up etc. and distributing food in the camps.

‘The Jungle’ camp is a muddy and depressing place, people living in tents and shacks, and because no one’s sure how long they’ll be there, some little shops and cafes have even sprung up… and two ramshackle churches.
Although we were doing ‘good work’ (probably served at least 1000 meals a day, mostly to young men) I felt angry and ashamed that UK government has spent millions building a high security fence around the port, but nothing to improve the terrible conditions for the desperate 6 thousand (maybe more, and more coming for sure) in the camp.

They head to the UK because, amongst other reasons, of our reputation for fairness and tolerance! Now people are feeling stuck in the camp, with hope (that essential quality of life) fading.

Will get together with Ben when he’s back for a debrief and to prepare a more detailed bulletin about the situation for people who are interested.
I also intend to lobby Welsh Government to take more of a stand (and more action) on this totally inhumane situation. Let me know if you’d like to be involved

These links to recent articles in The Guardian give an accurate picture of the situation in the Calais refugee camp.

The only difference is that the pictures in the photo essay were obviously taken in summer – imagine the same scenes ankle deep in mud under grey rainy skies to get a sense of what it looks like now.