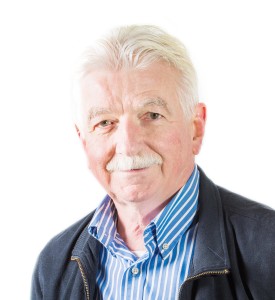 After over 50 years of management, board and practitioner level experience in commercial business, social enterprise, and the public and voluntary sectors, together with 20 years as a freelance Business Advisor specialising in co-operatives and social enterprises, I am now retired from offering business advice, but I’m continuing as a Co-op Researcher and Activist.

I started my working life in 1965 as a Power Engineer on the fast-track management programme at the nationalised CEGB. After 11 years working in nuclear and coal-fired stations, including the technical development team at Aberthaw PS, I rose to the position of Shift Manager at Rogerstone Power Station.

In 1974 I left to co-found a printing co-operative in Cardiff specialising in work for labour movement, trades-union, voluntary, charitable and campaigning organisations, during which time I also founded and edited a Trades Union newspaper (Union Eyes), which became the highest circulation left of centre publication in Wales.

After 17 years in ‘the print’ I took up the position of Community Enterprise Development Officer for Cardiff County Council, which included a secondment to the Prince’s Trust (Business) to manage their Pan-Wales contract to deliver the ‘New Deal for the Self-employed’ where I won a special award for quality from the Employment Service.

In 2001 I moved to Innovate Trust as CEO of a charity, which provides a range of services to people with disabilities. Whilst there, I founded Social Firms Wales, became a Trustee of Social Firms UK and co-founded ‘Pan‑disability Wales’, a partnership of leading disability charities in Wales. I devised and implemented the Charity’s first 5-year Strategic Business Plan in its 35-year history and increased turnover from £1.7m to over £3.5 m, and payroll to 130 permanent staff.

I have recently been re-appointed to the Members Panel of Glas Cymru, the not-for-profit organisation that supplies Welsh Water. I am also a member of the European Worker Co‑op Movement (CICOPA)’s Working Group on business transfer to employees under the co-operative form, the Wales Social Co‑operative Development Forum, the People’s Bank for Wales Action Group, the Bevan Foundation and a Fellow of the Institute of Welsh Affairs.

Until 2018 I was Chair of the Development Co-operative, a consortium of Co-operative Development Bodies across the UK, and I sit on an advisory committee to the Shadow Chancellor. I was also Chair of the Cardiff YMCA Housing Association, which runs the largest homeless hostel in Wales, where I served for 17 years.

I was the founder and Secretariat of the Welsh Assembly’s Cross Party Group on Co‑operatives from 2009 to 2015. During this time I organised 19 meetings including 2, which brought together the equivalent Groups in the UK’s three devolved Parliaments for the first time.

I have been a Board Member of many other co-op development agencies, including Wales Co-operative Centre (Vice Chair), Cardiff & Vale CDA (Chair), Social Firms UK, Social Firms Wales (Chair), the UK Co‑operative Forum, and the Welsh Government’s Ministerial Advisory Committee on Social Enterprise. Other past appointments include; Trustee of Voluntary Action Cardiff (Chair of their Health & Social Care Forum), Trustee of Cymorth Cymru, and a Member of the Cardiff Health Alliance Board.

I am an experienced public speaker and was Conference Chair of “Reclaiming the Economy”– an international co-operative research conference organised by Cardiff Metropolitan University.

I have co-managed and delivered an Interreg 4A funded social entrepreneur support package in Denbighshire, Anglesey and Ireland, and have managed ESF, ERDF and EQUAL programmes over many years.

I have access to academic expertise and have worked on projects with academics from Cardiff University, Cardiff Metropolitan University, University of Glamorgan, Trinity Saint David’s, University of Cork, Liverpool John Moore’s, Sheffield & Roehampton.