I recently chaired this event, at which Ed Mayo, Secretary General of Co-operativesUK, announced a radical new plan to give football fans a realistic chance to be in charge of their club. 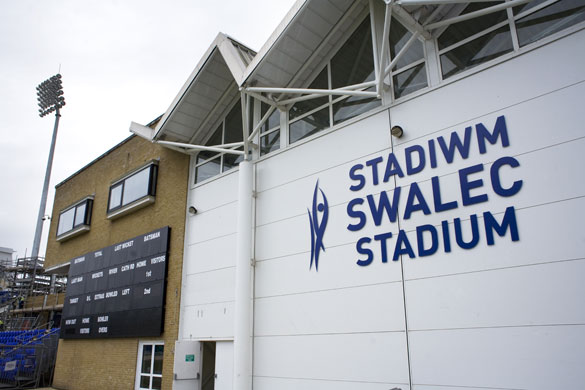 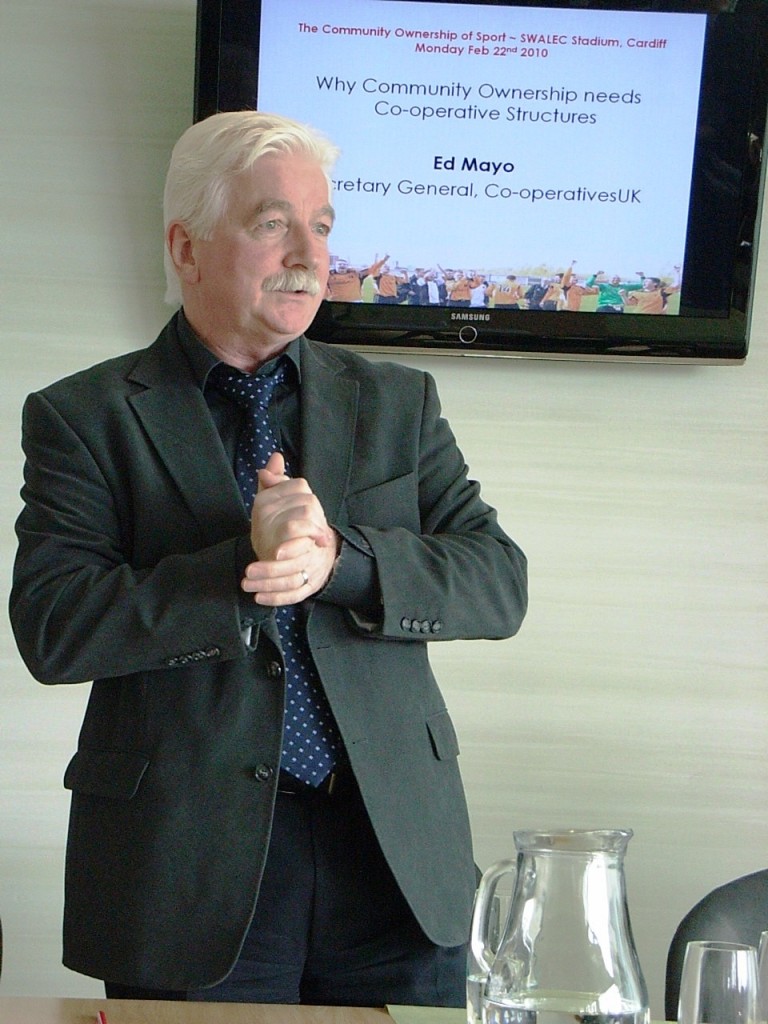 Speaking at the Community Ownership of Sport conference, sponsored by the Co-operative Group and organised by Co-operatives & Mutuals Wales at the SWALEC Stadium in Cardiff on Feb 22nd, Ed said: –

“I call on Government to introduce legislation that will allow supporters the right to buy their club and convert it to a co-operative if 75% of season ticket holders are in favour of the move. And this should be fast-tracked for clubs in difficulty along with the right to buy at a fair market valuation.”With teams from all leagues in the domestic game, from Portsmouth to Cardiff City, facing a daily struggle to survive with the reality of debts and the threat of administration hanging over them there is a real chance that a vital community asset could be lost. According to Ed Mayo a co-operative approach to football ownership could pay dividends for clubs and supporters alike. “Football clubs are much more than just a business – they are a way of life for many people. As well as being sports clubs they have a massive influence of the financial, cultural and sporting environment in most towns and cities in the country.”

“Thousands of people follow their team week in week out, giving them tremendous support, and as a result fans, the cog that keeps the engine running, should have a say on how the club is run.

He continued: “Evidence shows that many clubs are not managing their business successfully off the pitch and it is really time to let the supporters and fans have a real say in the destiny of their club.

“After all, there is likely to be greater financial stability for spectator sports if the assets of sports clubs are in ownership of a not-for-profit community venture, preventing the community asset being used for casino-style leveraged financing for the benefit of shareholders, or dangerous gambles on playing success funded by ruinous debt.”

Dave Boyle, Chief Executive, Supporters Direct, who emphasised the benefits a properly structured community ownership can bring. He gave the example of Barcelona, winner of the European Club with 160,000 members, a democratic structure, and no shirt sponsor – they donate the shirt space to UNICEF

Lindsay Jones, Wrexham Supporters’ Trust, who gave a detailed presentation of the work the Supporters Trust have done, raising approaching £500,000 and saving the Racecourse ground from re-development.

Martyn Cheney, Bramley Buffaloes RLFC, based in Leeds, gave an account of a club owned and run entirely by the community, by people who were not business people, although as Alex Bird, chairing the conference pointed out “With all that expertise in Marketing, networking and finance you’ve clearly outlined, you are now”

The Welsh Assembly Minister for Heritage (which includes Sport), Alun Ffred Jones was scheduled to speak but was unable to travel from north Wales in time due to inclement weather, and Lord Kinnock sent a message of support.

Lively discussion from the 50+ delegates during the panel questions included contributions fron Janet Ryder AM and Geraint Jones, secretary of Cardiff City Supporters Trust. Among the suggestions put forward was the removal of the 10 points penalty imposed on clubs that go into administration if they are passed to community ownership.