Two groups whose activities during the ’84 miners’ strike inspired the hit film Pride were reunited for the first time in three decades.

Lesbian and Gays Support the Miners’ Group (LGSM) members and the Neath, Dulais and Swansea Valley Miners’ Support Group held a 30th anniversary reunion on Sat 14th March 2015 at the Onllwyn Miners Welfare Hall in the Dulais Valley. The Hall is also known unofficially as the Palace of Culture, a sign of the strong communist influences here over time. 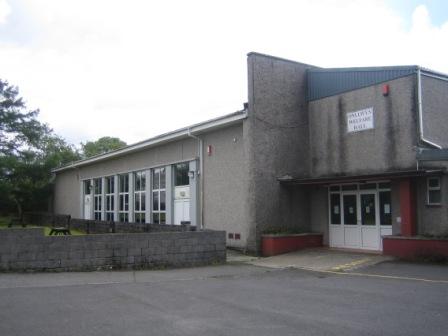 My partner Lynne and I were lucky enough to get tickets, and thanks to the kind assistance of Dai Donovan, were sat right at the front in the VIP seats with our friend Alison, and introduced to our neighbours. Still not sure why Dai took such good care of us, but thanks anyway. 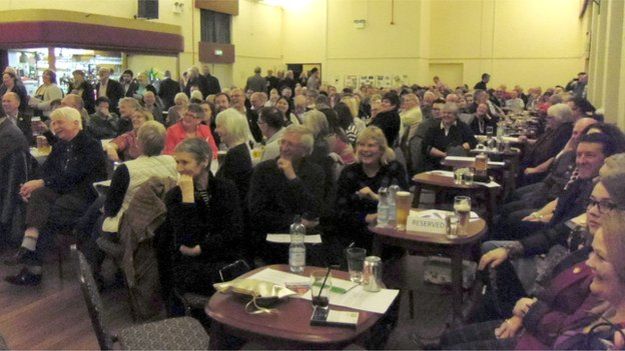 The event, which was a complete sell-out weeks before, raised £4,000 for the Mark Ashton Trust, an HIV charity founded in honour of Mark Ashton, one of the gay activists portrayed in the film, who sadly passed away in 1987.

Mark’s brother Lee Ashton, who travelled from Burnley in Lancashire specially for the event, said: “To have two absolute opposite polars of communities coming together to support each other is really a fantastic story of humanity.”

The secretary of the Lesbians and Gays Support the Miners’ Group Mike Jackson said they have been overwhelmed by the interest in their story. 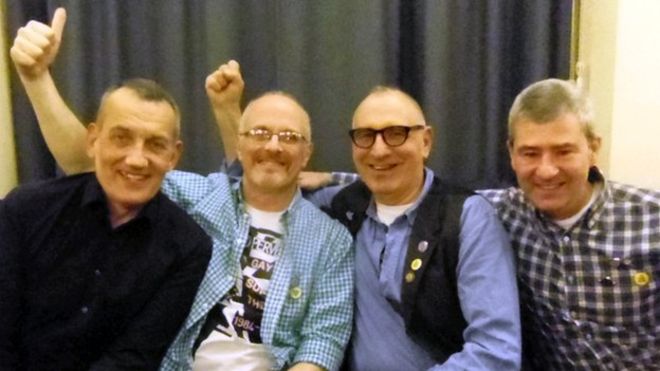 Gethin Roberts also remarked on the importance and relevance of the cause. “There were seventeen of us who came down in that first minibus, the first trip that we came down,” he said. “Eight of us died in the following years, of HIV/AIDs.”

Dai Donovan, the Welsh miner turned trade unionist who made the initial contact with the LGSM in ‘84 said “I think that Pride has opened the significance of this story for the young generation in Wales and further afield – many of whom wouldn’t remember the strike but would now be thinking: ‘Well my grandfather used to work in the collieries… and what was that all about?’”

Swansea East MP Sian James, the secretary of the Miners’ Support Group, added: “We wanted to remind ourselves that we could do this sort of thing, and we could gather the community together again, and it’s been so successful.”

There were rousing speeches, particularly from Peter Hain, and it was compered by Hywel Francis MP, who was, of course, not only the son of the past miner’s leader, Dai Francis, but also very active in the strike. They were also joined on stage by members of the Womens Support Group, and Dai Donovan. The local women’s choir, and Bronwen Lewis, a local singer who also had a role in the film, entertained the crowd with their singing. 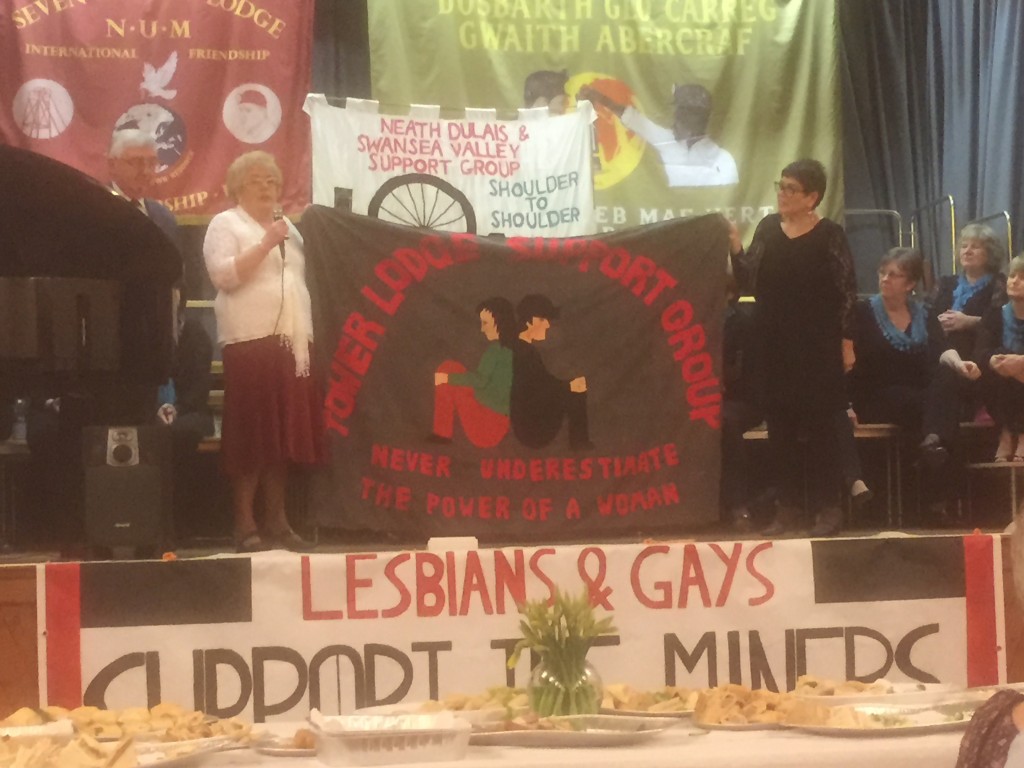 The evening finished with music and dancing, plus an enormous buffet from Dove Workshop, an employment project nearby which was started up shortly after the strike finished. http://www.doveworkshop.org.uk/about-us/

Watch the ITV report of the event here http://www.itv.com/news/wales/2015-03-14/the-people-who-inspired-pride-reunite-to-mark-the-30th-anniversary-of-the-end-of-the-miners-strike/