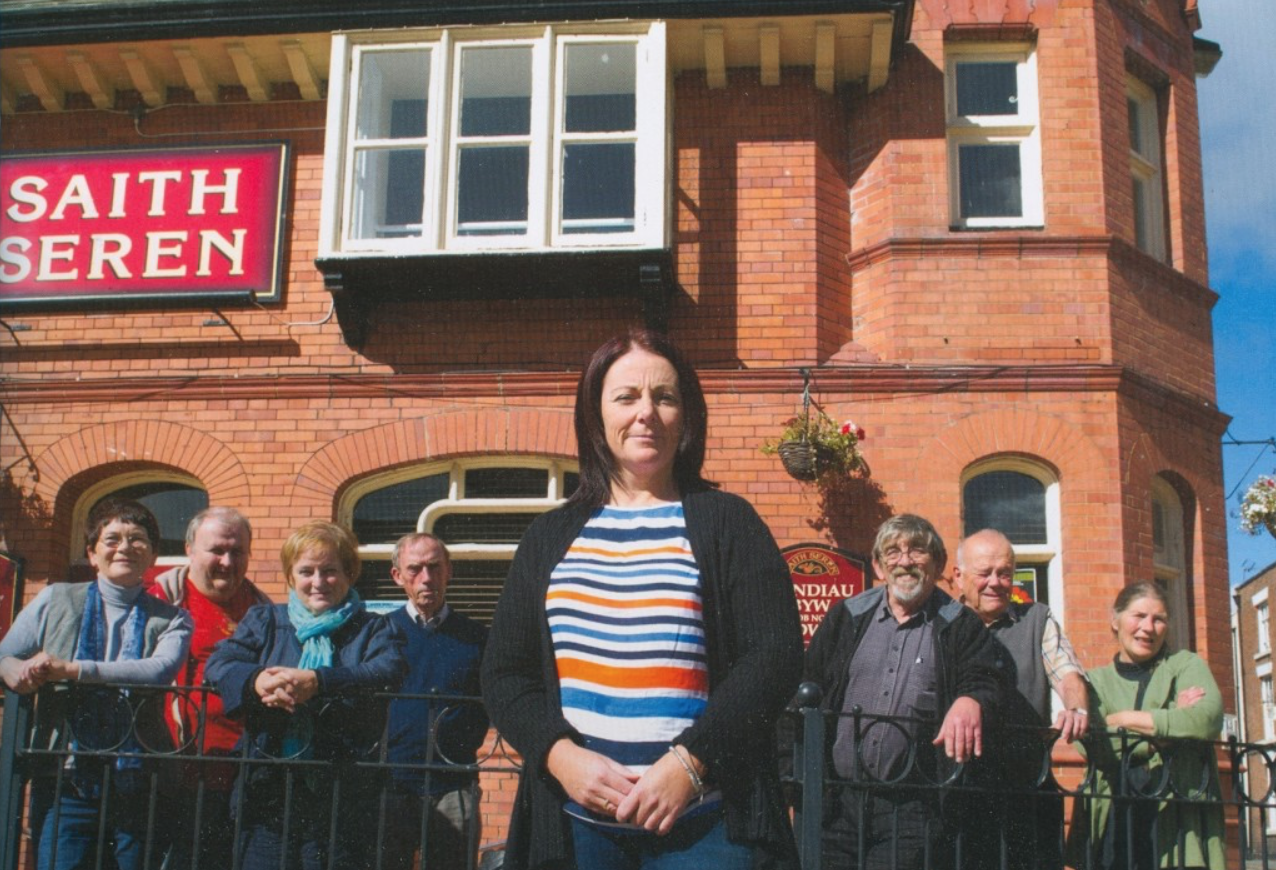 The Seven Stars was a typical town centre Pub located just behind the Guildhall in Wrexham and run by one of the big pub chains. Despite extensive improvements they were unable to make it pay, closed it down and put the building up for sale.

A group of local people came together to try to save the pub and recreate it as a Welsh language cultural and centre and live music venue to be a permanent legacy of the 2011 National Eisteddfod.

Built in 1898 to designs of Thomas Price of Liverpool, Saith Seren is a listed building, with a distinctive commercial style employing elements of Arts and Crafts design. It has a slate roof and is built of Ruabon redbrick, with a mural on one side and a distinctive turret on the corner. The building was originally part of the Empire Music Hall (later a cinema) which was added in 1902, also to designs of Thomas Price. It is described by the Council’s Grade 2 listing as “an excellent local example of the trend in late 19th Century public house building, in which flamboyant and individual design is used to suggest commercial distinction.” The original Music Hall entrance survives and forms part of the pub whilst the Music hall itself is closed and dilapidated.

Funded by the Co-operative Enterprise Hub, I was commissioned via the consultancy.coop to advise on the purchase, register as a bona-fide co-operative society and to produce a detailed and fully costed business plan.

The pub re-opened for business under co-operative ownership in January 2012, and is a hub for the Welsh speaking community in and around Wrexham