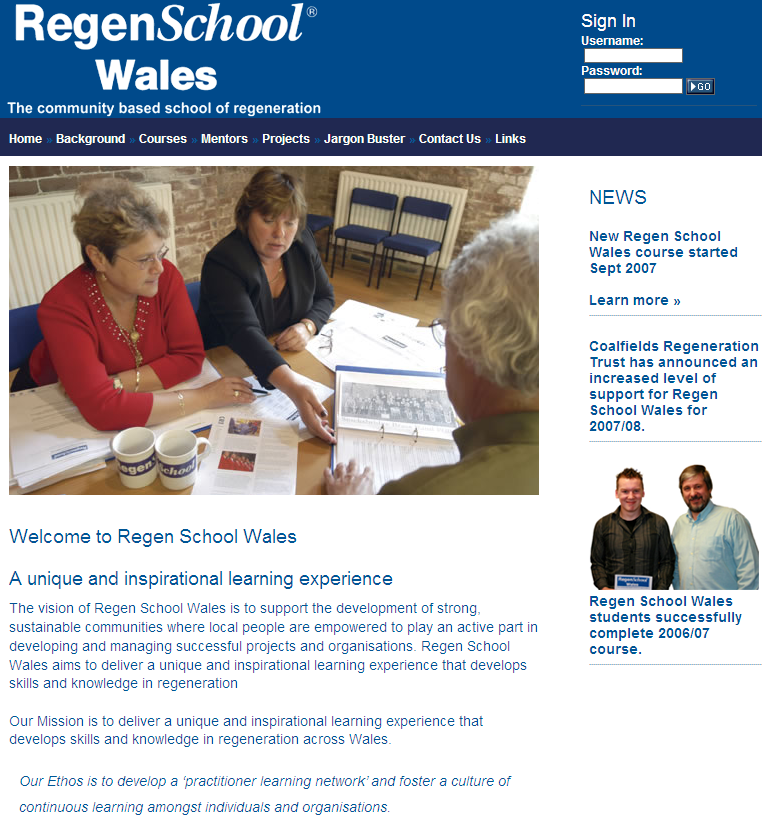 Regen School Wales was organised by the Development Trusts Association Wales from 2007 to 2010. Initially the programme was funded by the Coalfields Regeneration Trust, and later programmes were funded by Cylch, the community recycling network in Wales.

consultancy.coop, of which I am part, were initially contracted to supply tuition and mentoring on the first programmes. However in 2009 we were commissioned by DTA Wales to take on the running of the entire programme, organising recruitment timetabling and venues, providing all the tuition and mentoring and improving the course content.

This last programme was the most successful, and in N Wales led to a consortium of recycling organisations being formed, all of whom were trained and networked during the programme. They have successfully won contracts together totalling £millions.